Skip to content
+31655733785colin.goddard@novacura.info
At home in the Haringvliet
For Sale
Temporary berth in the Wijnhaven
Under way
Davit
Moored in Dordrecht
Moored in Woudrichem
Visiting friends
Underway to Maastricht
Sand and gravel transport
Winter in the Haringvliet
The main living area 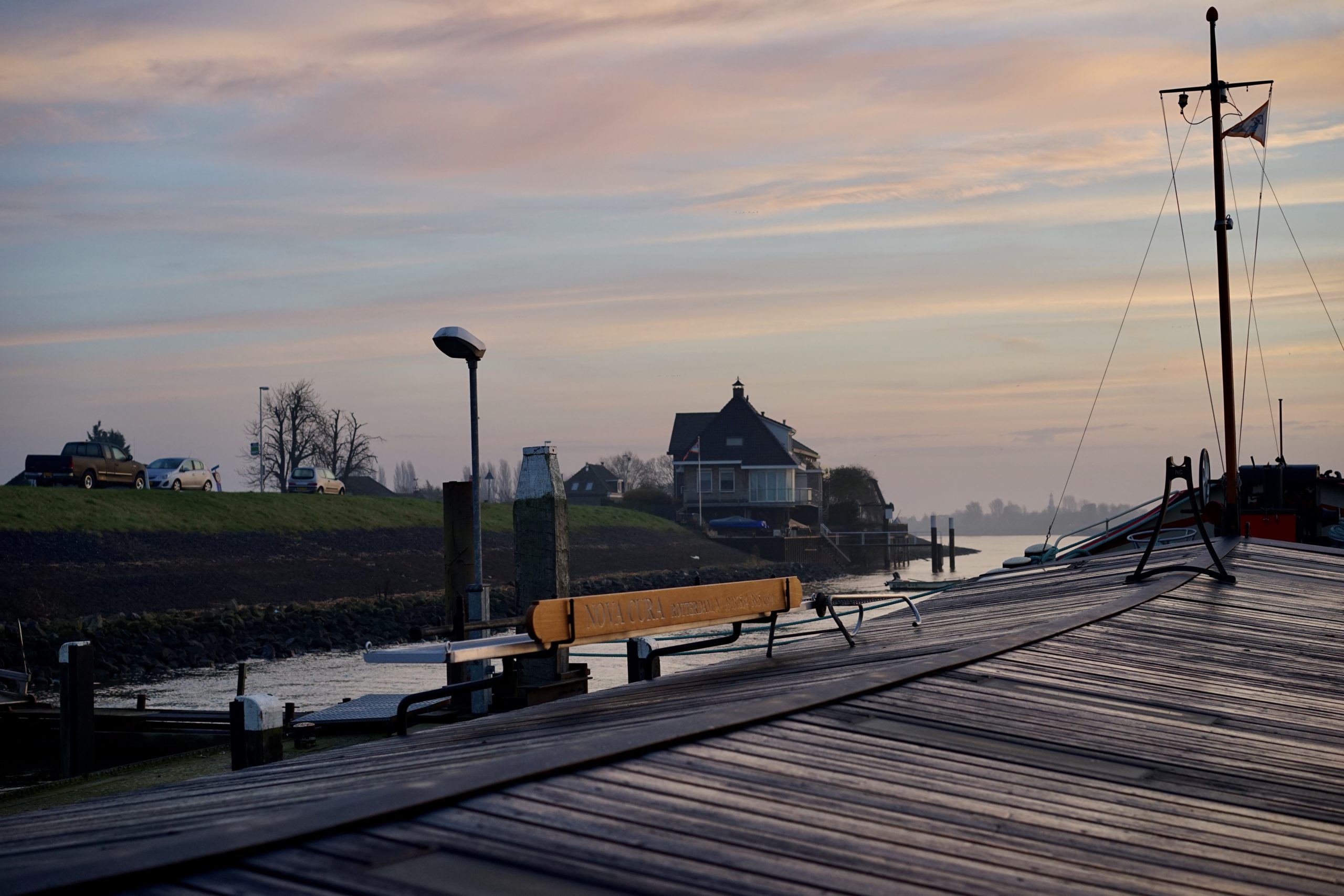 This site shows the history, renovation, conversion and current status of our Dutch Barge

As avid sailors, we had never intended to buy a ‘stink pot’, especially a big one (or so we thought) that would dominate the waterways. However, that all changed when we met someone at a party in the year 2000 who said that their brother lived on a Dutch barge and that just triggered a thought in both our minds. After the party, the die was cast and after an intensive investigation period we (more importantly Dany) did find a skipper who wanted to upgrade to a larger barge.

After some negotiations, we took over Nova Cura in 2002 which ended her long career as a working barge. The conversion and restoration took place between 2002 and 2004 during which time we had many discussions on what to do and how to do it. There are many people that we need to thank who helped us in this journey and their kind services will be mentioned in the appropriate sections

“Water is the Driving Force of All Nature” – Leonardo da Vinci

One of the key aspects of our conversion process, was to restore the barge to the condition that she might have been in the late 50s and early 60s. Part of this process led to keep the skipper’s living area intact, as our guest quarters and then to use the cargo hold for our office and living accommodation.

Going back to the Haringvliet