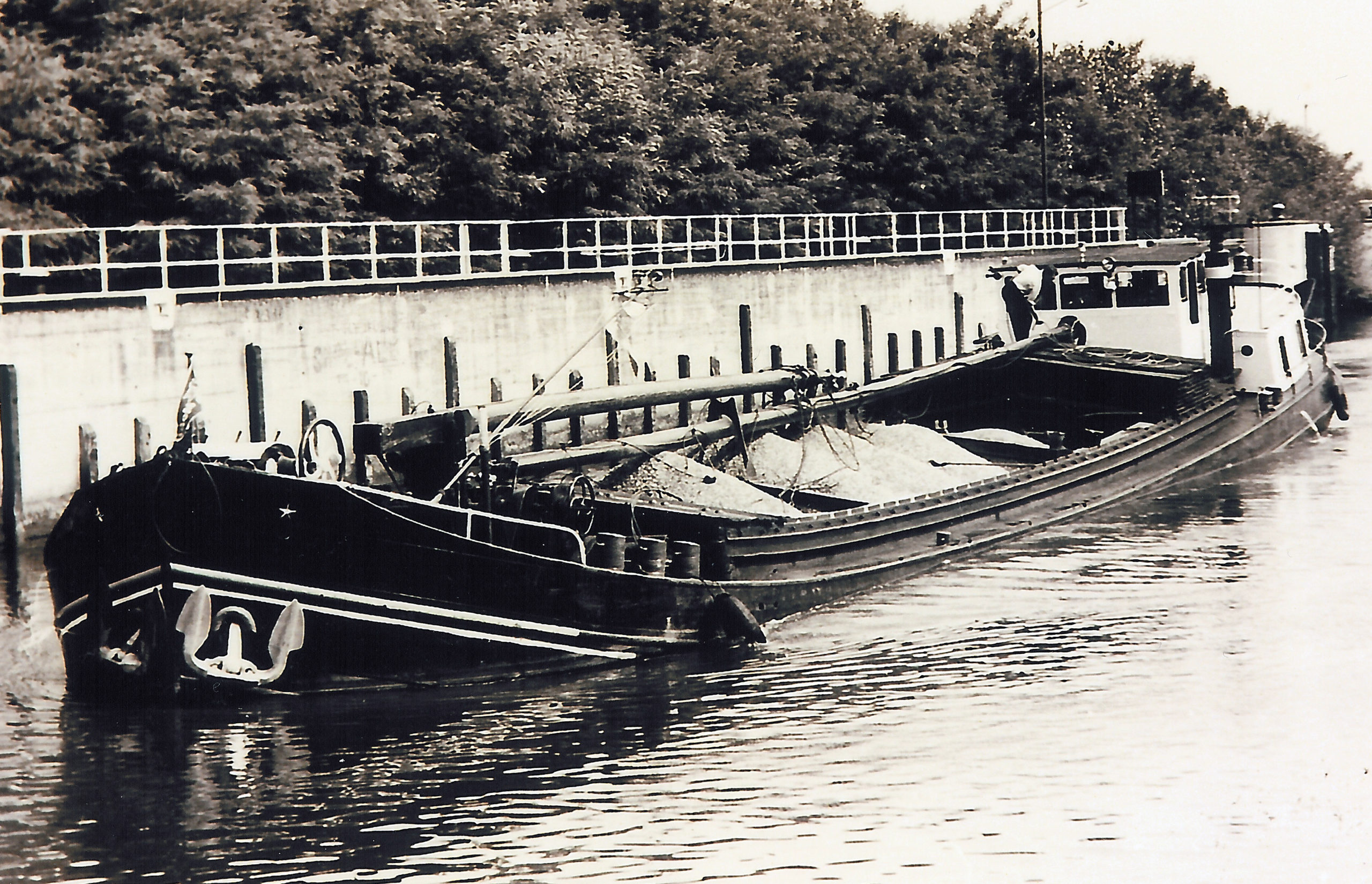 Bertha’s (Nova Cura’s original name) keel was laid down in 1927. She was launched in 1928 as a sand and gravel ship built to order by the family Boot, in Woubrugge, for Mr. Willebordus de Ridder (Bertha was the name of Mr. de Ridder’s mother). Mr. de Ridder had a sand and gravel company based in Gertruidenberg. At the time of the launch, Bertha was one of very few large Luxe Motors built with a load capacity of 230 square metres. Bertha was lengthened in the 30’s to her current 38.54 metres. The ship travelled around The Netherlands and Belgium.

During the war Bertha was forced to be in service working for the German occupation forces by transporting sand and gravel for the various building projects. Towards the end of 1944, around the time when the Polish Free Army was freeing the area, Willebordus de Ridder was forced to sink the ship, himself, to prevent it being taken by the allies. He sank the ship near the town of s’Gravenmoer in either the Berse Maas or the Oude Maasje River. He did this by breaking a rivet in the hull and pushing it out.

After the war, the ship was re-floated, and found to be filled with mud. The ship was refitted with the help of the following shipyards: van Zuilenkom, Ruitenberg, Nederlof, Machinefabriek Schipper en van Dongen (ships engine repair).

Bertha was handed over to Willem Johannes de Ridder, son of Willebordus, in January 1955. He kept the family tradition going until January 1960 when he decided to change career to that of a jeweller. Bertha was then sold to Raaijmaekers (sand and gravel company) on the Roode Vaart waterway near Moerdijk, where she was renamed Roode Vaart.

Roode Vaart stayed with this company for two years before being sold to Ruurd Sijbranda in Leuwaarden in March 1962. At this point, ‘Nova Cura’, as she was renamed, was used as a general cargo ship around the Dutch waterways. In October 1988 Nova Cura was taken over by Ruurd’s son, Pieter who carried on as a single general freight skipper until we bought Nova Cura in March 2002.

From 2002 onwards, Nova Cura was transformed and restored to become a home to Danielle Jacobs and Colin Goddard.

Going back to the Haringvliet